With poor winter conditions and early evenings looming in, having great visibility in the dark is one advantage, however being seen by traffic in the low ambient daytime light is another. In Europe, 15.6 million new passenger vehicles were registered in 2018 with mandated daytime running lights (DRL) fitted. The figure is quite staggering when in the UK alone, 1 million cars are crushed and recycled every year.

This easily represents just how fast vehicles not fitted with DRLs are falling into the shadows, and not in just one sense of the word. Indeed, the modern driver is becoming accustomed to seeing brightly lit LED headlights coming towards them in daytime traffic. The problem occurs when the brain establishes a normal formality to the sight of these bright lights, similar to seeing a child on a smartphone when you never used to. There’s no question that one day in the near future, a serious collision will occur where a vehicle simply wasn’t seen during a dull, gloomy day because the other driver was expecting to see bright LED’s first instead. Vehicles not fitted with DRL are quickly being forgotten about, which is worrying. Thankfully brands such as OSRAM are today, providing 100% road legal DRL retrofit kits that can transform your car from normally visible, to super visible. The OSRAM LEDriving LG DRL kit greatly improves your safety by putting you on stage with others, instead of in the shadows.

In 2013, an independent enquiry proved that 80% of 331 accidents involving a motorcyclist in the UK were caused by other parties, 73% of those occurred in the daytime. This, together with research by the Department for Transport shows that multiple vehicle accidents and fatalities in the daytime could be reduced by up to 6% once all vehicles are equipped with DRL. The 6% figure may look low, however if we were to convert that statistic into a ‘future year’, 19 of those 331 potential accidents could’ve been prevented if DRLs had been fitted.

Sweden was the first country to require widespread DRLs in 1977. It was then introduced to the surrounding countries, including Finland, Norway and Denmark.

The problem now is that motorbikes are no longer easily distinguished between cars, however becoming more visible-than-less is certainly the way forwards. With all the confusion regarding DRL laws in the 2-wheel world, the headlight bulb upgrade is the most common thing to do. That’s where Driven 2 Automotive comes in! Our site is easily navigated for bulb types, just click here and use the filters to the left.

In our online shop, we have a range of high-quality OSRAM motorcycle bulbs to suit your needs. They’re guaranteed to improve your visibility to others over standard OE fitted bulbs. OSRAM has performed vigorous anti-vibration testing to heavy-duty (IEC 60810 NBR) standards on all bulbs. This ensures the durability of the Tungsten filaments inside are more than up to the task of being vibrated around constantly in a motorcycle headlight. Upgrade your bulbs now to create a more visible you, with a brighter road ahead. 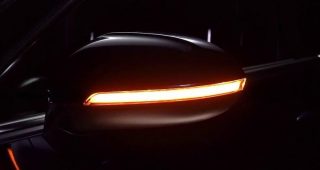 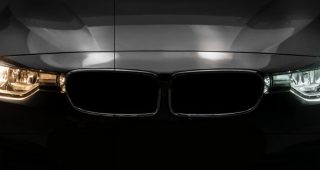 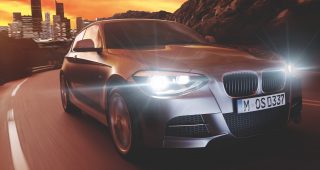